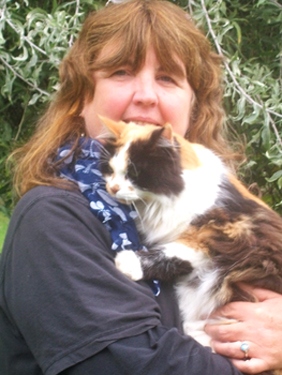 Sheena was born In Tanzania , East Africa and spent much of her formative years in the African Bush and by the sea. She grew up with a deep love of nature and for the earth and wilderness places and an ongoing sense of mystery and awe at the complexities and beauty of the natural world.

Sheena is most notable for her pastel works, though she has also explored the medium of enamels. Her work celebrates colour, and through the subtle tones and hues pastels can create she creates a transient world of astonishing landscapes. In both landscapes and seascapes Sheena aims to portray the transient nature of each present moment -clouds, reflections , wind in the trees - and the poetic beauty in each scene. Her sensitive impressionistic style evokes atmosphere and mood, celebrating a vast array of colours and the power the natural world holds over us both in its physical manifestation and in our imaginations.

Sheena has always supported conservation groups and worked in some (eg Avon Wildlife trust) following her passionate belief in the need to preserve our wildlife and habitats whilst recognizing some of the complicated issues involved. As an adult Sheena grew to appreciate the variety and beauty of the UK and spends a lot of time in places such as West Wales and Scotland.

Sheena travelled much of her 20’s, working in different countries and has been influenced by many cultures. She started painting in her late 20’s and it quickly became a deeply passionate and integral part of her life.

Sheena did a part-time foundation course in Art & Design In Bristol and went on to do an HND in Enamelling & Art & Design. Sheena than chose to follow her own path developing her painting and drawing skills alongside her love of the natural world.

Her work has been exhibited in galleries such as The Guild, Bristol, Somerset Arts centre, Glastonbury, Tenby Arts gallery, Wales. , The Toll House , Clevedon, Friends of RWA and Clifton Art club. Some paintings are in private homes around the world.

Sheena has recently returned to a full time commitment to her painting. She feels if art can convey the beauty and complexity of our planet and touch people it can than raise people’s awareness and influence conservation of our wildlife and habitats and respect for the earth and all life forms. She is becoming increasingly involved in artist and conservation groups.

Sheena is presently writing & illustrating a childrens story alongside her painting.

Many artists have influenced Sheena including Van-Gogh & Turner – especially his experimental years, Kurt Jackson (Cornish artist), many of the impressionists including Beth Chapman, Cezanne and Kadinsky. She also likes many more local artists such as Ron Pyatt & Janet McDonald.
© Sheena McMahon 2014